This post presents Part V of the excellent Victor Hutley diaries documenting his experiences as a sick berth attendant on the Royal Tour of Africa and South America in 1925. Part I (Departure) and Part II (Arrival in Accra) and Part III (Crossing the Line) and Part IV Isolation in Simon’s Town Hospital are all available online.

A Royal Tour was a rare and exceptionally important event in the early twentieth century. In 1925, the Prince of Wales (later Edward VIII) set off to visit Western and Southern Africa as well as South America. The tour appears to have been the idea of the South African politician and diplomat Jan Smuts in an attempt to reconcile Afrikaners and republicans in South Africa with the imperial project. On top of this, the tour was an opportunity to project imperial power and influence beyond the empire and into the emerging countries in South America. The tour was quite a success, as The Times reported, although not unmitigated according to The Spectator. 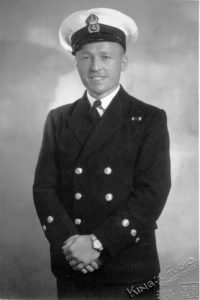 Victor Henry Hutley was born on the 29th of May 1903 in Plaistow in the heart of London’s East End docklands. Commonly known as Dick, he was the youngest son of a customs officer, who was previously a naval sick bay attendant. Dick was the youngest son of a large family in a very poor part of London yet he seems to have had a good standard of education and to have been a prolific reader. On leaving school he became an apprentice fitter. However, in 1921 and straight after his eighteenth birthday, he followed his brother Arthur, sixteen years his senior, into the Royal Navy.

On 26 March 1925, Dick set sail for a Royal Tour aboard the battle-cruiser HMS Repulse with the Prince of Wales aboard. Repulse was a veteran of the Great War but had seen little action. Yet she was an impressive-looking warship and would advance Britain’s prestige around the southern Atlantic seaboards. Dick appears to have agreed with a friend to have keep a daily diary and was true to his word. His writing is full of incident, parties, pranks and humour as well as the oppressive boredom of a lengthy sea voyage.

It is packed with colourful insights into the Royal Tour from up close to the royal party. At one point the Prince of Wales suffered an injury falling down a companionway.  Dick treated him for his injuries, and gave him physiotherapy and massage over the next couple of weeks. Dick admired the prince and was personally rewarded by him at the end of the tour. Competitions had been arranged for the naval flotilla during the tour. As a good all-round sportsman Dick would have been high up the list of potential players for soccer, hockey or cricket from amongst the crews.

Dick was small in stature, but of a tough robust constitution, quick and fearless, and his talent on the sports field drew the officers’ attention. He was later proud of his trophies and his many broken fingers.

To read the full article Become A Member

Join The Navy Records Society today from only £20/year and gain access to an ever-expanding archive.