First Contact with the Navy Records Society and the American Revolution 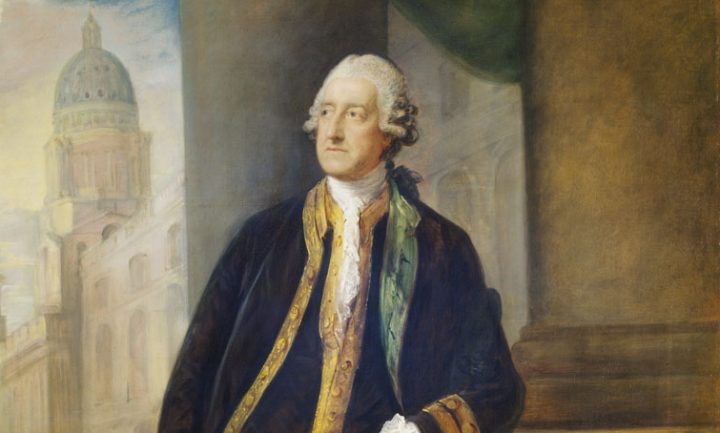 In 1966 I was in the third year of my undergraduate course at Trinity College, Dublin, looking for a subject for my dissertation. Mad keen on sailing, I knew that I wanted to write about the eighteenth-century sailing navy, so my tutor, James Lydon, wrote for advice to Tony Ryan at Liverpool, whom he had known when they were research students in London. (Tony was later Hon Secretary Publications and General Editor of the Navy Records Society from 1973 to 1993.) His kind and careful letter mentioned a new book, just published: Piers Mackesy’s War for America. The complexities of a divided British government fighting an unpopular war were laid out. I was hooked. I would work on the American Revolutionary War.

In the summer vacation I went to the Senate House Library in London, armed with a letter, and was allowed to search the enormous card catalogue there, where I first met references to the Navy Records Society. Here were the document collections of great men, but principally that of Lord Sandwich, First Lord of the Admiralty during the American Revolutionary War: just what I needed. I worked very hard on the dissertation (I still have it, somewhere) and I used the Society’s volumes in the College Library at Dublin. As a copyright library, it had all the volumes. Unlike today, Irish historians then had little regard for the sea and some of these volumes had never been used. I had to go to the Reading Room desk to ask for a paper knife for the uncut pages. I still remember the sense of excitement of using old books which no-one else had read.

The thesis was marked by Theo Moody, Professor of History at Dublin. When he gave it back to me, he said: ‘Have you ever thought of going on to do research?’ It had never occurred to me.

A year later, Ian Christie at University College, London, took me on as a doctoral student. The subject? ‘The Home Dockyards during the American Revolution.’ My external examiner when I finished in 1972? Tony Ryan. I have managed to make a living from history ever since and still, some 55 years later, I am writing about the sailing navy, though I had to give up sailing a dozen years ago.

I have chosen the following letter as an example of what attracted me to the subject in the first place. The great advantage of the Society’s volumes is that they reveal in detail how the navy worked. One can glimpse this from  a consummately diplomatic letter from Admiral Parker, the commander-in-chief, Jamaica, written in the steamy heat of Port Royal Harbour, elegantly masking his fury and frustration. What a masterly piece of prose. Every angle of the local difficult political situation is enumerated, his back is covered, his personal loyalty to Lord Sandwich is loudly emphasised, his distrust of the First Lord just concealed. The Royal Navy at this time was a very difficult organisation.

I understand, my Lord, that copies of some of the letters that have passed between the Governor and myself have been transmitted to Lord George Germain, and representations made with a seeming intention to prejudice me in the opinion of those whom it is my duty as well as inclination to please; and my informants add that the shafts which have been levelled at me have missed their aim. It would have been almost impossible to have withstood such duplicity of conduct, if I had not been honoured with your Lordship’s friendship; and it is owing to my confidence in your Lordship that, although I had private intimation of what was intended, I would not trouble your Lordship with any representations on my part, being well convinced that your Lordship would investigate matters fairly and not suffer your judgement to be warped.

The Governor’s conduct with regard to the Advocate General, his disobedience as Vice Admiral of their Lordships’ orders, and other proceedings well known to your Lordship will sufficiently explain his character.

Your Lordship may be assured that my zeal for his Majesty’s service will make it easy for me to separate the man from the employment; and if a coolness should continue in our private capacity, which I have always endeavoured to avoid, the public service will not be in the least impeded.’

By reading the subtleties of such letters, you can work out how Admiral of the Fleet Sir Peter Parker reached the top of the tree. It was he who spotted the very young Nelson’s talent in the West Indies and made him post captain. When long retired, at 83, he was the chief mourner at Nelson’s funeral and deputy grandmaster of the Freemasons in England. Shrewdness and political awareness were prerequisites for success.

Roger Knight joined the National Maritime Museum in 1974 as Deputy Custodian of Manuscripts and left as Deputy Director in 2000. (In the 1990s, he had a hand in purchasing the Sandwich papers for the Museum.) He then taught at the Greenwich Maritime Institute until its demise, after which he was a Senior Research Fellow at the Institute of Historical Research from 2014 to 2019. Among his books are The Pursuit of Victory: the Life and Achievement of Horatio Nelson (2005), a Leverhulme funded study of naval victualling (with Martin Wilcox) Sustaining the Fleet, 1793-1815; War, the British Navy and the Contractor State (2010) and Britain against Napoleon: the Organization of Victory (2013). He is completing a study of British convoys in the Napoleonic War, to be published in 2022.