Information Gathering: Nelson in the Mediterranean 1803-1805 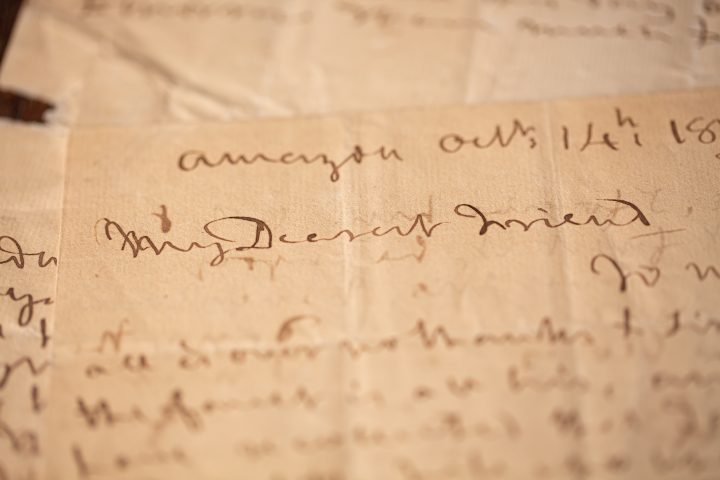 On 19 December 1804, after 19 months of war with France and separation from Lady Hamilton, Nelson wrote from the Mediterranean:

I have not had a scrap of a Pen from England 90 days this day, it is rather long in these critical times, I send this through Mr: F[alconet, a French banker,] at Naples and as it will be read by the French and many others I do not chuse to say anything more than I care for all the world knowing …[1] [356]

This short quotation illustrates the insecure means of sending and receiving information in wartime, particularly if operating far from home.

The Admiralty could send out ships only occasionally to Nelson’s fleet in the Mediterranean, so that there were often gaps of more than three months between receiving information. Nelson complained:

I never hear from England’ [290; similarly: 291 and 293]. In the course of the blockade he had to maintain, he appears to have got used to slow and varying flows of information from Britain. On 2 October 1804 he reported about receiving a letter from Lady Hamilton ‘of July 1st, it having travelled in a Spanish smuggling boat to the coast of Italy and returned again to Spain, the boat not having met any of our ships [344]

Since news from Britain did not arrive regularly and reliably, Nelson had to make his own efforts in order to secure information. One source of information were French papers, which he took some trouble to secure. In August 1804 he wrote: ‘the Childers is going to Roses [in Catalonia] to get us some news from Paris which is the only way I know of what is passing in England’ [333; similarly 274, 278, 290, 327 and 331]. The Victory’s polyglot chaplain, Alexander Scott, then had to ‘wade through numberless ephemeral foreign pamphlets … encumbering rubbish’, since ‘nothing was too trivial for the attention of this great man’s mind, when there existed a possibility of its being the means of obtaining information’.[2]

Nelson’s urge to consider the minutest detail in obtaining information was not shared by all of his biographers. One case in point is the letter from which the above quotation is taken. Its 19th-century editor omitted the information Nelson sent for ‘all the world’ to gather:

… as [this letter] will be read by the French and many others I do not chuse to say anything more than I care for all the world knowing that I love you more than anything in this world and next my Dr: Ha: [Horatia, their daughter][ 356]

This and about 400 other letters are to be found, wherever possible restored to their full length, in vol. 167 of the Navy Records Society, Nelson’s Letters to Lady Hamilton and Related Documents.

In her online talk on 7 July, (video at top of page) Dr. Marianne Czisnik examined the flow of information to the British Mediterranean Fleet, commanded by Nelson in 1803-1805.

[1] This reference relates to the published letter number in Marianne Czisnik’s vol. 167 of the NRS, Nelson’s Letters to Lady Hamilton and Related Documents (2020)

Dr. Marianne Czisnik trained and practiced as a lawyer in Germany before researching aspects of Nelson’s life, image and iconography at the University of Edinburgh. A leading Nelson scholar, she has published on a wide range of subjects related to Nelson, including the book Horatio Nelson. A Controversial Hero (2005) and ‘Admiral Nelson’s Tactics at the Battle of Trafalgar’ (History, October 2004). She is the author of our latest volume: Nelson’s Letters to Lady Hamilton and Related Documents Vol. 167 (2020)