The Inspiration I found in Logs of the Great Sea Fights 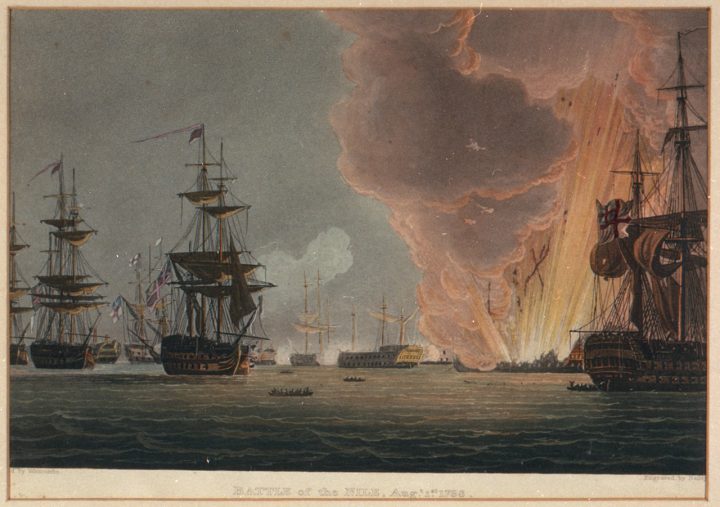 I first came across the Navy Records Society in the first few weeks of study for my PhD. I was studying the way that battles were fought in the Age of Sail, hoping to re-evaluate our understanding of how battles were won, lost, and experienced. I was not sure of the direction I was going to take beyond a starting point that the practical realities of actually fighting these enormous ships had not been given sufficient thought, and that our understanding of what happened was suffering accordingly. This brought me quite quickly to the Navy Records Society’s Vol. XVIII Logs of the Great Sea Fights 1794-1805 Volume II, edited by Rear-Admiral T. Sturges Jackson and published in 1981. The volume presented the logs of the ships that fought at the battles of the Nile (1798) Copenhagen (1801) and Trafalgar (1805) together with other miscellaneous but related sources, such as signal books and associated correspondence.

Two things struck me very quickly: the first was that here was a great deal of highly detailed and easily accessible material; the second was that there seemed to be such huge gaps in the descriptions of what was happening and, more importantly, why it was happening. Together those two questions formed the basis for my PhD which sought to identify gaps in the written sources, particularly gaps in the written order and instruction books which governed behaviour in battle. I went on to find a complex web of unwritten rules and doctrine which governed fleet battle as surely as those written orders. Little of this was found in logs – the majority came from lengthier narrative descriptions of battles, primarily from the minutes of Court martial proceedings. These are excellent sources for understanding battle as, not only do they describe what happened but also the seamen or officers on the stand explain why things happened under questioning. The same questions, moreover, are often asked to a wide variety of people, leading to a lot of varied answers – and in that variety lies the truth that the historian of naval battle is trying to get at. Once you read this type of material you realise that the evidence supplied by the captains’ and masters’ logs provides you with the bones of what happened – but that you need to find the flesh elsewhere.

The joy of Logs of the Great Sea Fights is that you can easily dip in and find something fascinating. But perhaps my favourite bit comes from the Battle of the Nile in 1798 and an extraordinarily detailed letter from Captain Miller of the 74-gun Theseus to his wife.

‘At 40 minutes past 6, the Admiral made the signal to engage the enemy close, the Goliath passing round and raking the enemy’s van ship (the Guerrier), brought up with her stern anchor inside of and abreast their second ship (the Conquérant). Zealous following likewise raked the Guerrier, brought down her fore mast, and came to with her stern anchor on her inner bow. The Orion, from her previous situation, described a little wider circle, passed the off side of the Zealous, and made a wider sweep in order to come to with one of her bowers; in doing which she completely knocked up the Sérieuse frigate, which lay in her way, having made such a wreck of her, that on her driving, presently after, on a shoal, all her masts fell, and she filled with water.

I think the Orion must have touched the ground from the time between her passing the Zealous and her coming to nearly abreast the inner side of the fifth ship (the Peuple Souverain); for, though she passed the Zealous before us, we had completely brought up abreast the inner beam of the Spartiate, the third ship, and had been in action with her four or five minutes before the Orion came to. In running along the enemy’s line in the wake of the Zealous and Goliath, I observed their shot sweep just over us, and knowing well that at such a moment Frenchmen would not have coolness enough to change their elevation, I closed them suddenly, and, running under the arch of their shot, reserved my fire, every gun being loaded with two and some with three round shot, until I had the Guerrier’s masts in a line, and her jib-boom about six feet clear of our rigging; we then opened with such effect, that a second breath could not be drawn before her main and mizen mast were also gone.’

Dr Sam Willis is one of the UK’s leading public historians. He has made more than ten multi-part TV series for the BBC and National Geographic including The Silk Road and Shipwreck: Britain’s Sunken History. He has also written numerous books, many of them on naval history including the bestselling Hearts of Oak trilogy. Sam began his professional historical career with a PhD in naval history. His thesis was subsequently adapted for publication as Fighting at Sea in the Eighteenth Century: The Art of Sailing Warfare (Boydell, 2008). FInd out more at www.sam-willis.com