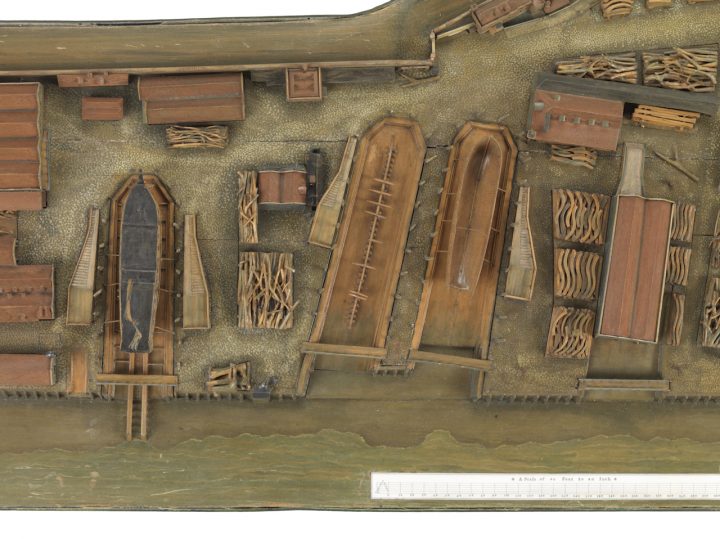 The Society has been saddened this year by the death of two leading naval scholars and longstanding Society members and leading figures, Pat Crimmin and Eric Grove. This post is designed to share an extract of a key piece of Pat’s scholarship published by the Society; a forthcoming post will share an extract of Eric Grove’s writing. This extract comes from Pat’s article: ‘The Supply of Timber for the Royal Navy, c.1803–c.1830’ published in The Naval Miscellany Vol.VII, NRS. Vol.153, (2008).

This extract comes from an enclosure in a letter from Lord Melville to the Marquess Wellesley. Lord Melville was then First Lord of the Admiralty, and Richard Wellesley, 1st Marquess (1760–1842), was then the Governor General of Bengal.

In her introduction to the series of letters published in this article, Pat Crimmin noted the importance of Melville to solving the Navy’s timber supply problems. She wrote:

‘When the Earl of St Vincent became First Lord of the Admiralty in February 1801, he was already convinced of the corruption and waste in the royal dockyards and the inefficiency of the Navy Board, and determined on their reform. Immediate queries about timber supplies  were followed, once peace was declared in 1802, by dockyard visits and detailed investigations which St Vincent expected would expose and defeat the collusion he believed existed between the timber contractors, the Navy Board and dockyard officials. As part of this plan St Vincent tried to bypass the timber contractors, buying directly from private landowners, without much success. His clear-cut service views did not sufficiently take into account the difficulties under which the Navy Board operated and his attempts raised prices even more and alienated contractors. As a result, when war was renewed in May 1803, timber stores in the royal yards were insufficient and led to problems in building and repair. The supply crisis was ended as Lord Melville, First Lord of the Admiralty from May 1804, agreed the contractors’ prices and lifted the severest quality restrictions, so that native oak timber again became available. The Navy Board had already begun a deliberate policy of searching for and importing foreign ship timber to alleviate shortages. This policy was now more rapidly implemented and extensive plans for increasing timber stocks were unveiled shortly after Melville took office. Thereafter foreign timber was essential to the Navy.’

Plans proposed and in part acted upon by the Navy Board for obtaining a stock of timber for the service of His Majesty’s Navy.

1st. To examine further into the complaints of the timber merchants as to the rigour used in the present mode of receipt of timber in the dockyards, and to apply such remedy as may appear necessary, also to give such advance on the present contract prices as to enable the contractors to meet the advance in price which has taken place all over the kingdom.

2nd. To import as much foreign oak timber as can be procured from all parts of the world for the purpose of being used in repairs of all old ships so as to reserve the English oak entirely for the building of ships, or giving a slight repair to those of the best condition.

3rd. With a further view of lessening the consumption of oak timber we propose to repair ships upperworks with fir, and to substitute fir for oak in such parts of new ships as it may be applied to without injury to their strength and durability. In regard to the first of these plans, after giving the subject the fullest consideration we propose to alter such parts of the printed contracts for timber as will put the contractors upon more certainty in the receipt of their timber without injury to the public as to quality, by which means together with the advance in price before mentioned we have a reasonable expectation of obtaining from the timber merchants in the present year, a supply of about 22,000 loads, added to which we expect to receive from the King’s forests this year 3000 loads, and also a further quantity of 2000 loads purchased by Sir William Rule last month, making on the whole a quantity of about 27,000 loads; and we have likewise contracted for 15,000 loads of fir timber for the service of the present Year.

Of foreign oak timber we have already agreed for about 3000 loads for the present year from Upper Canada and we propose obtaining a much larger supply from thence for the next year. This timber is at present likewise intended for repairs only, though considered of a much better quality than American timber in general.

As timber from the Rhine in the present scarcity will be a desirable object; attempts are now making to procure it by way of Emden and if they prove successful about 1000 loads may be expected from that source.

Dr Sam Willis is one of the UK’s best-known historians and Online Editor of the Navy Records Society.