Tracing Royal Naval Careers in the War of 1812 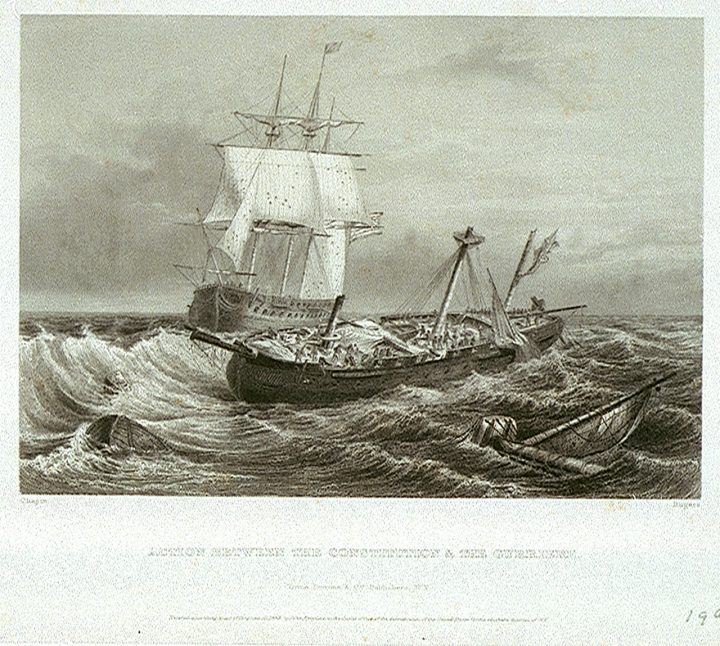 In 2016 I set out to write a Master of Arts dissertation at Dalhousie University that attempted to examine the psyche and culture of the Royal Navy officer corps, and very quickly I was presented with two major challenges. My interest lay in how the Royal Navy, both as an institution as well as on a human basis, reacted to a series of shocking losses during the War of 1812. It was a fascinating premise. By 1812 the Royal Navy had become used to victory at seemingly any odds; Nelson’s victories certainly come to mind, as does the remarkable exploits of captains like Edward Pellew or Thomas Cochrane. George Canning, the future Prime Minister, describe ‘the sacred spell of invincibility of the British navy.’[1] But in 1812, three British frigates were captured and destroyed by the heavy frigates of the United States Navy, two of which were victims of USS Constitution, which still rests at her berth in Boston Harbour today. The question I set out to answer, then, was how the navy and its officers reacted to those losses and reconciled them with their self-image of the ever-victorious.

To explore that question, however, required that ever-elusive historical source: personal accounts. The official reports written for each of the single ship actions in the War of 1812 could not tell me how the individual officers felt, or what their true thoughts on the losses were. Further, I was confronted by the vastness of the Atlantic Ocean; the most useful sources required to undertake this study were in the United Kingdom. As a poor graduate student at a Canadian University, they were far out of reach. Living in the former home of the RN’s North American Squadron, which conducted the naval campaign against the United States, and whose frigates were involved in many of the war’s single ship actions, was of little help. The local newspapers that reported on the actions are here, but every Admiralty record and every letter penned by officers of the Squadron reside in Britain. Thankfully, these challenges were solved in part by the publications of the Navy Records Society in particular David Syrett and R.L. DiHardo’s underappreciated book The Commissioned Sea Officers of the Royal Navy, 1660-1815 (Navy Records Society Occasional Publication Vol.1, 1994).*

This book provides a wealth of details on the career of naval officers of the period and was invaluable as a source on the careers of the junior officers involved in these actions. Did participation in a victory or a loss in the War of 1812 affect the promotion prospects for commanders and lieutenants? This book allowed me to answer that question. As a work of reference it was invaluable, particularly when researching officers whose names have not made it into the history books – the vast majority of them, in fact. It provides the career details of nearly all of the unlucky officers who never rose past the ranks of Lieutenant or Commander, or who died early in their careers.

And then there were the memoirs of William Henry Dillon, published by the NRS, which helped to solve both of my problems. This was a memoir, a personal account of an officer in the period, who while not involved directly in the War of 1812 takes time to reflect on his recollections of those events. His account was useful because it highlighted similar themes and ideas expressed by other officers commenting on the actions, including personal ones not intended for publication. It was useful also because it was accessible: even if university libraries in Nova Scotia hadn’t carried the title, it was just a click away on the NRS website.

The Navy Record Society’s mission of making naval records more accessible is more important than ever today. Trans-Atlantic travel is more accessible than a century ago, but still out of reach of many scholars. Much of the Admiralty Records, as one example, are yet to be digitized, and accessing a batch of badly needed records from afar is very costly (I can testify to that). Young scholars are always advised to undertake studies which are feasible: do the sources exist? Can they be accessed? Thanks to the Navy Records Society, many projects involving British Naval History are possible to scholars around the world.

Accustomed as our Navy had been to triumph on all occasions where a foe was met on anything like equal terms—and sometimes when he was vastly superior—these measures were necessary. … But the American frigates were far superior in every respect: the hulls were larger, and they had heavier metal, with crews of at least 500 picked men—no boys—whereas the crew of one of our 46-gun frigates never exceeded 285, including boys. Consequently, we were obliged to improve the size of our ships and increase the number of their crews.[2]

*Please note that this book is not currently online because of its unusual size, but we are exploring how to make it available.

Nicholas Kaizer is a young Canadian scholar and teacher, who studies the cultural history of the Royal Navy during the War of 1812, in particular analyzing Anglo-Canadian responses to single ship losses of that conflict. He has a MA from Dalhousie University and is the author of Revenge in the Name of Honour: The Royal Navy’s Quest for Vengeance in the Single Ship Actions of the War of 1812. He has written for Warships: IFR, the Cool Canadian History Podcast, and the Napoleon Series, and has an article forthcoming with the War, Literature, and the Arts journal.