The Life of Admiral Sir John Leake, Volume I 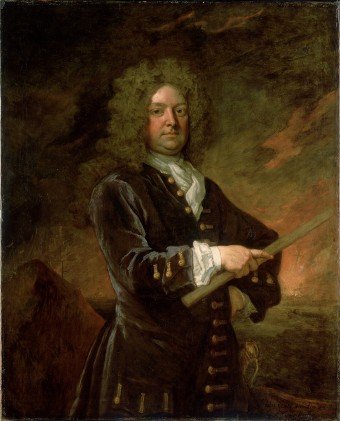 Leake (1656-1720) was one of the most prominent flag officers of King William and Queen Anne’ s wars. He played a leading part in the relief of Londonderry in 1689, fought at Bantry Bay, Beachy Head, La Hogue and Malaga, twice relieved Gibraltar, captured Cartagena, Alicante, Ibiza, Majorca, Minorca, and Sardinia, was five times Admiral of the Fleet, and in the end declined to be First Lord of the Admiralty.

This life was written by the admiral’s nephew Stephen Martin-Leake, Garter King of Arms, whose life of his father (Vol 5) was originally appended to it.

There is a brief account of the career of his father, Captain Richard Leake. Then Leake’s account of the Battle of Bantry Bay, the trial of the Earl of Torrington and the Battle of La Hogue. He gained post rank and the first part of the volume concludes with the state of the navy during King William’s reign.

Leake was Commodore of the squadron to Newfoundland and then became Vice Admiral of the Blue in the Mediterranean campaign of 1703. The volume finishes with a description of his activity at Lisbon where ‘Sir John received orders to stop the galleons in Cadiz which he attempts to do but is prevented by the sinister practices of the Portuguese’.

Geoffrey Callender was born in Didsbury, Manchester on 25 November 1875 the son of a cotton mill owner. He was educated at St. Edward’s Oxford and Merton College, Oxford, from where he graduated with a second class degree in modern history in 1897. He joined the Royal Naval College, Osbourne in 1905 shortly after its foundation, making up for a lack of any suitable textbook by writing his own Sea Kings of Britain and being promoted to head of English and History in 1913.
In 1920 he became the honorary secretary of the Society for Nautical Research, and remained so until his death in 1946. He moved to BRNC Dartmouth as head of the history department in 1921, but after 1 year he moved to be the first Professor of History at the Royal Naval College Greenwich. He oversaw the incorporation of the study of naval history into the newly expanded College, incorporating both the staff college and the war college. Here he wrote The Naval Side of British History and headed up the SNR’s campaign to save HMS Victory for the nation, and to found a naval and maritime museum for the UK. He remained Professor at Greenwich until 1934.

In 1934 he became the first director of the National Maritime Museum. The Queen’s house was restored, galleries prepared within it to exhibit the Macpherson collection and the Greenwich College’s collection of ship models and marine art. All this was further expanded with Callender’s energetic participation, and the museum opened only 3 years after the passing of the National Maritime Museum Act in 1934. He was knighted in 1938, and up to his sudden death on 6 November 1946 (at the Museum) he continued to make acquisitions and improvements to the museum’s collection,