The Naval Miscellany, Volume II: A Narrative of the Battle of Santa Cruz, 1657. 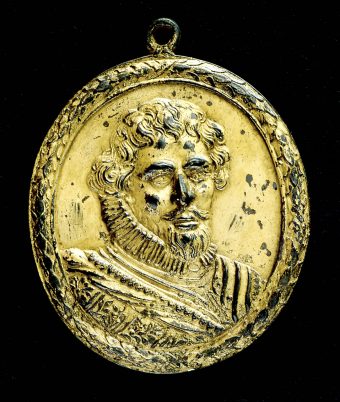 Charles Firth was born on 16 March 1857 in Sheffield, and educated at Clifton College abd Balliol College, Oxford, where he was awarded the Stanhope prize for an essay on Richard Wellesley, 1st Marquess Wellesley. He became a lecturer at Pembroke College in 1887, and a Fellow of All Souls in 1901. He gave the Ford Lectures in 1900, was elected a Fellow of the British Academy in 1903, and became Regius Professor of Modern History at Oxford in 1904, holding the post until 1925. He was President of the Royal Historical Society 1913-17. He died in Oxford on 19 February 1936.

His history was almost entirely confined to English history during the time of the English Civil War and the Commonwealth. He had bitter battles with his colleagues over his attempts to introduce a key element of individual study of original sources and the production of a thesis into undergraduate work. His opponents, mainly college fellows, who had little research experience of their own, and saw Firth as a power-seeker for the university professoriate, as against the role of the colleges. Firth failed in this, but the 20th century saw universities go his way.