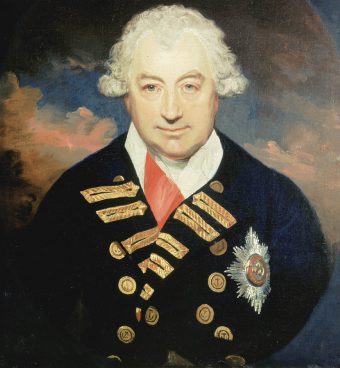 Thomas Sturges Jackson was born on 6 March 1842 at Stepney, the son of Rev. Thomas Jackson, the oldest of 7 children. He entered the Royal Navy in 1856, was a Midshipman on Calcutta at the capture of Canton in 1857, and the Peiho Forts in 1858. He was ADC to Captain WHK Hall in the Second China War. He later commanded the frigate Topaz, the training ship Implacable, and was promoted Captain in October 1881. He commanded Comus (1886-1889) and Aurora (1889). He commanded the battleship Colossus in the Mediterranean Fleet, 1889-1892. He was Commodore-in-Charge, Jamaica, 1896. In 1896 he was promoted Rear-Admiral, and appointed in Command of the Fleet Reserve at Portsmouth. He was Admiral Superintendent of Devonport Dockyard 1899-1902, and was promoted Vice-Admiral on hauling down his flag. He was promoted Admiral in July 1905, and was placed on the retired list on 22 July at his own request. He died on 9 September 1934 in Colchester. At the time of his death he was the oldest admiral in the Royal Navy. He married twice, and had 9 children, the oldest of whom was Vice-Admiral Sir Thomas Jackson, head of the Operations Department at the Admiralty 1915-17.