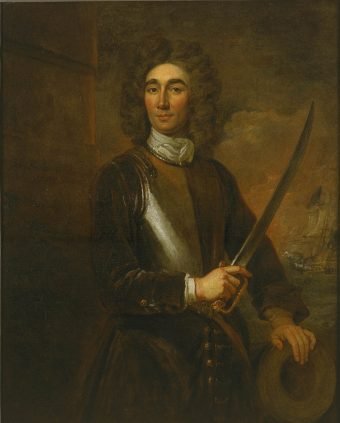 John Hattendorf was born on 22 December 1941 in Western Springs, Illinois, USA, the ninth great-grandson of a member of the Plymouth Colony. He was educated at Lyons Township High School in LaGrange, and then Kenyon College. In 1970 he graduated from the Frank C Munson Institute of American Maritime History at Mystic Seaport. He gained an MA at Brown University in 1971, completing his thesis on the history of grand strategic thinking and war gaming at the Naval College. In 1979 he completed a doctorate at Pembroke College Oxford with a thesis on English Grand Strategy in the War of the Spanish Succession, 1702-1712.

He served in the US Navy, after graduating from Kenyon College, for eight years, mainly in destroyers on operations off the coast of Vietnam. He also served ashore at the Naval History Division, Office of the Chief of Naval Operations (1967-9) and at the Naval War College, where he served as a speech writer and research assistant to Vice Admiral Stansfield Turner, also teaching in the strategy and policy department.

He has spent most of his academic career at the US Naval War College, returning there in 1977. He taught Strategy and Policy. From 1988 to 2003 he directed their Advanced Research Department, where he oversees its research section and became the first chairman of War College Museum.. He has been visiting professor of history at the National University of Singapore, the German Armed Forces Military History Research Office, a senior associate member of St. Anthony’s College, Oxford, a visiting Fellow at Pembroke College, Oxford. He has been an adjunct professor at the Frank C Munson Institute of American Maritime History since 1990, and served as its director from 1996 to 2001. Finally, he is “one of the most widely known and well respected naval historians in the world”.

His publications include
• England in the War of the Spanish Succession: a study of the English view and conduct of grand strategy (1987).
• Naval History and Maritime Strategy: Collected Essays (2000).
• The Evolution of the US Navy’s Maritime Strategy, 1977 – 1986 (Naval War College Press, 2004).
• Talking About Naval History: a collection of essays (2011).
Co-Edited books
• British Naval Documents, 1204 – 1960 (Navy Records Society, 1993).
• The Oxford Illustrated History of the Royal Navy (O.U.P., 1996).
• The Oxford Illustrated History of Modern Warfare (O.U.P., 1997).
• The Oxford Encyclopaedia of Maritime History (O.U.P., 2007)
Edited Collections
• Maritime strategy and the Balance of Power: Britain and America in the twentieth century (1989).
• Limitations of military power: essays presented to Norman Gibbs on his eightieth birthday (1990).
• The Influence of history on Mahan: the proceedings of a conference marking the centenary of Alfred Thayer Mahan’s Influence of Seapower on History, 1660-1783 (1991).
• Mahan is not enough: proceedings of a conference on the works of Sir Julian Corbett and Admiral Sir Herbert Richmond (1993).
• Ubi Sumus?: the state of naval and maritime history (1994).
• Naval Policy and Strategy in the Mediterranean: past, present and future (2000).