The Naval Miscellany, Volume V: Naval Aspects of the Landings on the French Coast, 1758 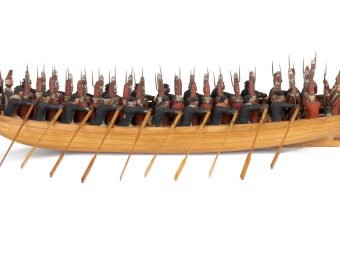 Alan Pearsall was born in Leeds on 14 November 1925 and worked for almost all of his working life
at the National Maritime Museum. Professor Don Schurman, Canadian doyen of British imperial
marine history wrote that over fifty years ͞the only person who understood perfectly the connection
between the British Empire and the sea was Alan Pearsall. This reputation was based almost entirely
on personal contact rather than the written word.. He was the source of last resort in two areas: the
operational history of railways and especially railway ferries, and almost any aspect of naval history
from the 17th to the 20th centuries. As ͚Historian͛ at the Museum he acted as adviser, teacher and
scholarly oracle to colleagues at Greenwich and to the wider specialist communities and
information-seeking public the museum serves.

An education interrupted by illness, but mostly home educated by his Biology Professor father and
his teacher mother, Pearsall served for four years in the war, mainly in the Indian Ocean. In 1946 he
went to Trinity Hall, Cambridge to read History, and then began a (never finished) PhD at London
University. He joined the NMM in September 1955. His output included specialist articles and
reviews, a substantial museum pamphlet on the Second Dutch War, and contributions to the Society
for Nautical Research and Navy Records Society (particularly the centenary volume – British Naval
Documents, 1204 – 1960) publications. He revised many obscure naval lives for the Oxford Dictionary
of National Biography.