The Naval Miscellany, Volume VII: Lord Admiral Lisle and the Invasion of Scotland, 1544 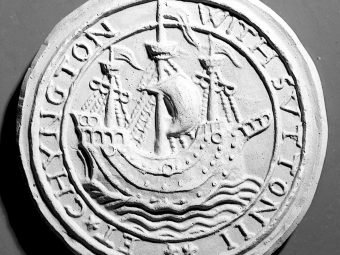 This seventh volume of Naval Miscellany contains documents which range in date from the late thirteenth century to the Korean War. They illustrate the many different ways in which the naval forces of the crown have served the realm.

Topics covered include the role of ships in campaigns against Scotland under Edward I and Edward VI, the protection of the Iceland fishery in the days of the Commonwealth government, and the operation of prize courts during the wars against France in the eighteenth century.

Moving on to the nineteenth century, the supply of timber to the Royal Navy is examined, while two contributions deal with surveying off the west coast of Africa and another prints a diary kept by a member of the Naval Brigade operating onshore in the Zulu War.

The most recent contributions deal with the origins and development of the Royal Australian Navy up to the 1950s. Two more controversial subjects are also included; the first gives more information about the storage of cordite on battle cruisers in 1916 and the battle of Jutland; the second documents the relief of Admiral North from Gibraltar in 1940.

There is something here for every enthusiast for naval history and for all students of the relevant periods.

About David Loades and Charles Knighton

David Loades was born on 19 January 1934. He served in the RAF 1953-55. He gained his BA and PhD at Emmanuel College, Cambridge, and subsequently was awarded a D. Litt here. After teaching at St. Andrew’s and Durham Universities in the 1960s and 1970s he was appointed to be Professor of History at the University of Wales, Bangor in 1980. In 1989 he was made Visiting Fellow of All Souls Oxford, where he spent a year completing his research on the Tudor Navy. He took early retirement from Bangor in 1994 and moved to Oxford to concentrate on the British Academy John Foxe Project, of which he had been Director since 1993. He is an Honorary Member of the History Faculty at Oxford University, a Fellow of the Royal Historical Society, and a Fellow of the Society of Antiquaries. For many years he chaired the Publications of the Navy Records Society.

Charles Knighton was educated at Magdalene College, Cambridge, where he compiled the Modern Manuscripts catalogue of the Pepys Library. He assisted Robert Latham in editing The Shorter Pepys and Latham’s volume for the Navy Records Society, Samuel Pepys and the Second Anglo-Dutch War. He has served since 2000 as principal assistant keeper of archives at Clifton College, Bristol.